On 01/28 l’avenir n’attend pas invites you to the debate … Europe, immigration and integration 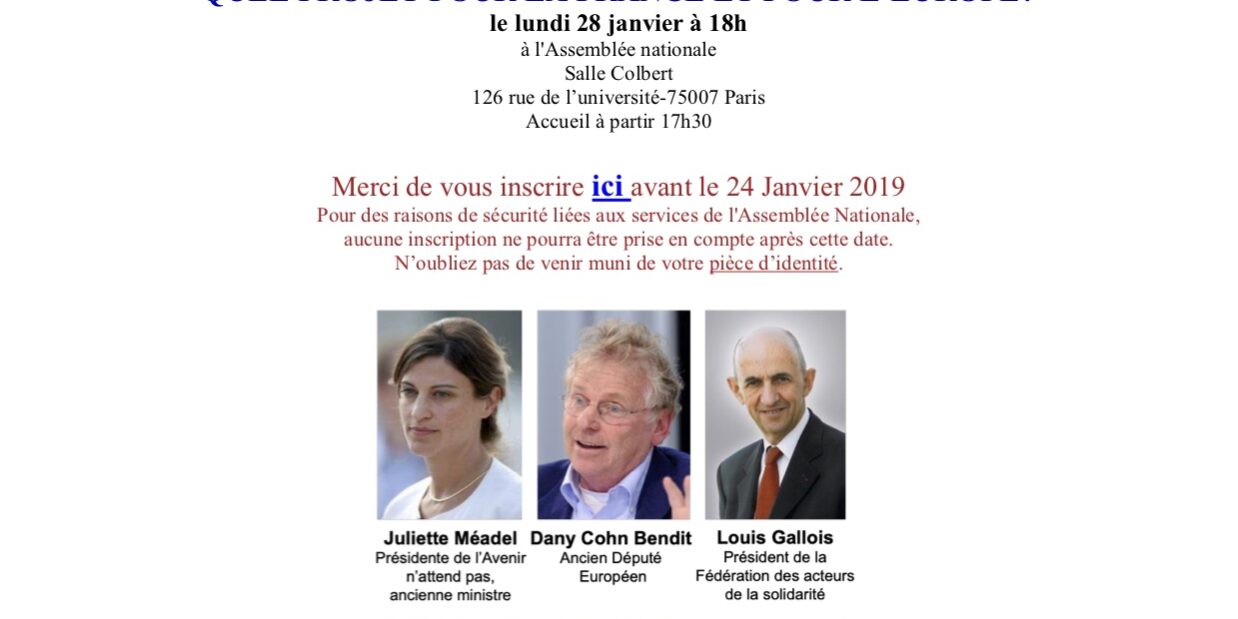 France is going through a difficult period politically, where, each day, signs of distrust appear towards democratic institutions, towards Europe and its foundations, towards our social projects and our Republic.

Our democracy has never been as endangered as it is at present and if, as Churchill said, “Democracy is the worst form of government, except for all the others,” it is also the most fragile and the most precious.

Since 2012 at L’Avenir n’attend pas, we have been fighting to revitalize democracy by social innovation, whereby local associations would be given an important role in political decisions. Indeed, we believe that by constructing public policies together with the association sector – a sector often built by those who work to make a difference by concrete transformation – we will revitalize democracy.

Today, at 6 months away from the European elections, while the “Gilets Jaunes” (the Yellow Vests) are expressing – some of them, unfortunately, by violent means – their suffering and the impossibility of enjoying decent living conditions, public debate is focused on the method, the style and the form rather than on proposals to change the system.

At the heart of the debate: How do we stem the growing inequalities? How do we fight against global warming and initiate a fair ecological transition? How do we meet the challenge of migration and act in a humane and responsible way? How do young people perceive these challenges? What kind of Europe would they build to respond to these issues?

Because speech does not belong to political parties alone and because the voice of civil society must be heard, including and especially in places of power, L’Avenir n’attend pas is offering to shed light on the debate by facilitating the expression of youth organizations and of all those who are involved in civic life. Within the framework of the European elections, we would, thus, like to contribute to the debate, beginning by developing proposals on one of the questions which seems to us the most important for our social projects: the question of migration.

With member associations of the Youth Europe initiative that we are launching, we will be presenting you with not only the consensus but also opposing viewpoints from an initial study on the subject. We would like to invite you to the first Youth Europe debate “Immigration-Integration: What Project for France and for Europe?” on January 28, 2019 from 6-8 p.m at The National Assembly (Salle Colbert), 126 rue de l’université, 75007, Paris.

Register here as seating is limited.